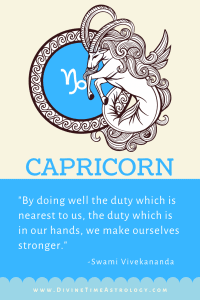 The sign of Capricorn in Vedic astrology is different in many ways from the western depictions. For instance, in Vedic astrology, Capricorn is the gentle crocodile, not the sea-goat. Crocodiles are excellent at survival, and for this reason, they have not had to evolve for millions of years. (At the end of this post is a link to an interesting article about them).

The Gift of Capricorn

You will figure out the most efficient way to do a task and are ready and willing to answer questions about it, leading others to be inspired to do the same.

My colleague and friend, Channing Ayers, and I continue this evergreen series on the signs (rasis) according to Vedic Astrology. In this two-part video series, we discuss the sign of CAPRICORN in depth. We discussed the points below and some other characteristics of Capricorn not listed below, such as the Guna and the Dosha.

“Ruled by Saturn, Tamasic, earthy, southern, vigorous at night, back rising, large limbed, spotted/many-colored, moving in the watery ground, four-footed at the beginning and without feet at the end, is imagined the water goer.”  –Brihat Parashara Hora Sastra, 4 – Rasi Characteristics, 19-20

Capricorn Rules the Thighs (The First Stage of Karma Yoga)

Capricorn rules the thighs, not the knees. The knees themselves are simply the junction between the bone of the thigh and the bones of the shanks. It appears as if the thighs are doing all of the work in moving the body; however, it’s the buttocks doing most of the work (Sagittarius). The thighs will get tired before the buttocks because they are much weaker than the buttocks and not as mechanically efficient.

Similarly, Capricorn believes that it is doing all the work and that is responsible for what happens, though, in actuality, it is not, even though it feels the pain of its efforts. Capricorn’s plans are frustrated until one learns to practice the first stage of Karma Yoga, renouncing the fruits of one’s actions. It is not one’s immediate actions that make the difference in our lives, but rather what God has planned for us. 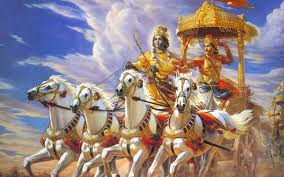 There is a story in the Mahabharata, a Hindu epic, about prince Duryodhana. He thought that his actions would win him the throne because of his belief that he was responsible for what he got in life. But no matter how hard he tried, the throne did not belong to him; it belonged to the eldest, Pandu.

Capricorn is here to learn that we are best leaving what happens up to God and to simply fulfill the duties laid before us without any attachments or expectations towards the results.

Moveable rasis (signs) create change, is action-centered, and, as their name implies, creates movement. Moveable Rasis are the creative and pioneering Rasis, though they lack consistency. The moveable signs begin the seasons, and Capricorn kicks off the winter on the Winter Solstice. Capricorn brings about change as a result of new responsibilities and duties.

Even-numbered signs are Female. Female Rasis are receptive and how they react and what they do is dependent upon how they feel. Capricorn does so when it feels materially secure and safe.

Gentle Rasis are more relaxed, and being and enjoying is more important than getting things done. Difficult combinations in the Gentle signs indicate pain and misery held within which hurts oneself, instead of being directed out at others. Capricorn would “take it easy” if it could only disengage from its responsibilities.

Capricorn is a Mix of Pitta, Kapha, Vata

Capricorn and the Earth Element

Capricorn is of the earth element and is, therefore, reliable, stable, and grounded. Capricorn, like all the earth signs, is rationally centered. Rationality is the ability to derive understanding and to arrive at conclusions through logic.

Rationality leads to good sense, sound judgment, and reasonable actions. Rationality has the unique ability to reveal the common-sense truths that humans, with all of their intellectual faculties, seem to have a habit of missing. Capricorn uses reason to arrive at the existing possibilities and has the good sense to prepare for any eventualities that exist.

The Element also indicates the height or level that things contained in the Rasis may be in Horary astrology. Those things in Earth Rasis (signs) are on the ground level.

The Caste of Capricorn is Vaishya (Merchant)

Brihat Parashara Hora Sastra considers the Earth Rasis: Capricorn, Taurus, and Virgo as the Vaishya Rasis. Capricorn is a Tamas Sign that desires gain to provide for the possibilities of an uncertain future. They desire to achieve and progress as a way to alleviate the pains of life. Capricorn also strives to do an excellent job as it is well aware that a job done poorly has negative consequences.

The Rasis are related to the twelve houses of the horoscope. The 10th, 2nd, and 6th houses are the Artha (material gain and security) houses, which correlate to Vaishyas’ goal and the Earth signs. Capricorn is the natural ruler of the 10th house of the realm of work, and fulfilling duties and responsibilities.

Some Rasis are healthy and vigorous during the day, and some are so at night. Capricorn is a night strong sign. Night strong Rasis are those that get energized by internal experiences (such as thought, emotion, and contemplation).

Front Rising and Back Rising Rasis

The signs rise over the Eastern horizon with either their fronts or their backs first. Signs that rise front first have an easy time bringing their tasks to concrete realization. Rasis rising with their backs first are clumsy in bringing things into tangible reality and, as a result, takes more time. Capricorn is a back-rising sign and knows what it is required to do, but can do too much and thereby creates more problems than necessary.

Capricorn is Both Four-Footed & Footless 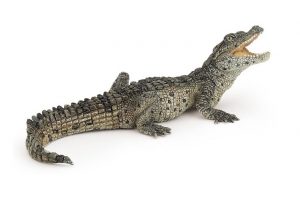 You can see the contradiction! Practicing the Karma Yogi path is the best way for Capricorn to navigate this inherent conflict in its nature.

Saturn is the Lord of Capricorn

The ruler of Capricorn and Aquarius is Saturn, with Capricorn being the female expression of Saturn. The negative-energized sign exhibits its ruler’s energy in a gentle, receptive manner.

The Color of Capricorn

NOTES:  To get a consultation with Channing Ayers, an excellent astrologer, contact her here: channingayersastrology.com

To get your Yearly Birthday Reading (Varshaphala) with me, follow this link, see the link below under Related, or in the Services tab above.

Capricorn Ascendant & the Nature of the House Lords

Get Your Yearly Birthday Reading, Capricorn!