2021 Forecast for the United States 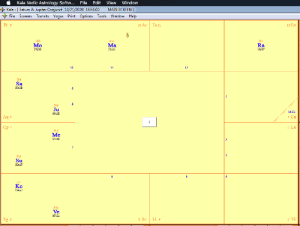 In this VIDEO, Channing Ayers and I talk about the 2021 Forecast for the United States using the Mundane chart set for March 20, 2021. Saturn and Jupiter in Aquarius are in the ascendant of the U.S. mundane chart and in mundane astrology that is a good thing. The year 2021 looks like it will be much better than was 2020.

The rules for Mundane astrology, the astrology of nations and kings, are a bit different than natal astrology. The planets and the houses have specific meanings as they relate to the affairs of the government and the people.

Last year was pretty grueling and I’m happy to say that this year looks better. There will still be restrictions and some other disturbing events, but overall the year looks much better. Not surprisingly, we will be focusing on the economy as a nation. To get the details on this and what the other planets in the mundane chart represent, watch the VIDEO below.

Disclaimer on the 2021 Forecast for the United States

We are not Mundane astrologers in the sense that we practice this type of astrology daily. But, if you can remember the predictions we make, we can compare what happens this year at the end of 2021. We’ll see then all the ways this video was right and wrong!

Book Referred to in the Video:

Mundane Astrology – The Astrology of Nations and States by H.S. Green, Raphael, and C.E.O. Carter.

2021 Forecast for All Signs – Jupiter & Saturn in Aquarius

VIDEO 2021 FORECAST FOR THE UNITED STATES: