I’ve always found it interesting that Jupiter, the great benefic, represents the husband. So why does Jupiter represent the husband for women? I will also discuss Jupiter in the signs and the kinds of husband they produce. 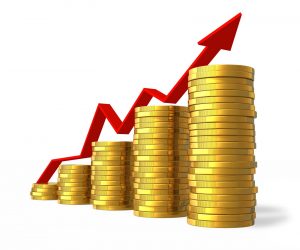 Let’s start by looking at one of the other significations of Jupiter- wealth. Jupiter represents wealth, and most women are not independently wealthy.

Even if we have jobs and can support ourselves, having a husband is likely to add significantly to the wealth and resources we have available to us. And this is still as true today as it’s ever been.

When a woman is wealthy through her family or her efforts, she usually wants a husband who is as wealthy as she is. Her reason is that she wants to be with someone she considers to be her equal.

If the husband is not as wealthy, then he has to bring something else of high perceived value. Such as accomplishment, intelligence/education, talent/fame, etc.

Jupiter is Noble with a High Moral Code

Jupiter is noble and has a high moral code. When a man has noble qualities and strength of character, is philosophical and wise in his dealings with people, he is the personification of a strong Jupiter. 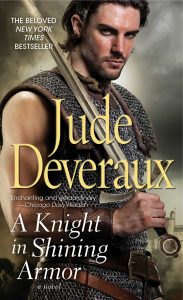 No matter how modern the woman, she wants to admire and respect her husband, she wants to feel proud of him with her family and friends. She wants him to be her knight in shining armor.

It wasn’t that long ago that formal education was unavailable to women. Only men were scholars, learned in spiritual books, or could become priests. Because of this, I can see how a husband could be a source of wisdom and perspective.

Still, even in today’s world where knowledge is available to anyone (in most countries), women prefer a spiritually-minded man. Jupiter is the planet of spirituality, wisdom, philosophy, and higher knowledge.

My husband’s faith in life and his general optimism that things will turn out okay is a real pleasure to live with. If you’ve ever been with a man who is suspicious of people and angry at life, you know what I mean.

Being with a generally happy partner who has a philosophy that gets him through the tough times makes a woman’s WAY life better.

The way to know whether or not to marry a man is when he makes your life better than you could make your life on your own. A good husband will enlarge and enhance a woman’s experience of life and bring a special kind of happiness to her.

Having a husband increases a woman’s social status, even in today’s world, where living together without being married is accepted.

There is still a feeling of security, emotionally and materially that having a husband brings to a woman. (CONTINUED BELOW SPECIAL OFFER)

I’m offering a FREE Relationship Capacity Report and FREE Compatibility Report with the Ready-for-Love Consultation. Usually, they are $14.95 each, so you save $29.90.

Find out everything you need to know to make the most of your love life and attract your life partner (or husband) with the Ready-for-Love Consultation. It is only $159 if you come to the consultation alone, and $209 if you attend with your partner.

You can be straight, gay, or lesbian; the stars work for everyone.

The reading is 90 minutes long, and you get a recording as well as the relationship reports mentioned above.

Jupiter is responsible for producing children in our lives, and as a woman, doing this while you have a husband is infinitely easier and more joyful than doing it alone. Single mothers work harder than anyone on earth! 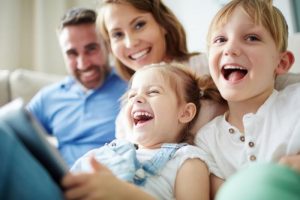 The husband gives the child a name (identity), a safe arena to grow up in, and a family with which to belong. He provides for the family and sees it as his responsibility and duty even if the woman works too.

Jupiter represents more than I’ve already mentioned here, but let’s move on to what it means when Jupiter is in the signs in your birth chart.

Jupiter in His Strongest Signs

The very best signs for Jupiter are the sign of Cancer, Pisces, and Sagittarius. Attracting a good husband is much easier when Jupiter is in these signs.

In these signs, Jupiter is strong enough to take care of his responsibilities and produce all the good stuff that Jupiter represents. Such as wealth, happiness, children, optimism, and grace.

Jupiter in the signs of Scorpio, Aries, or Leo is pretty good too. Mars (Scorpio and Aries) is a great friend to Jupiter, and so is the Sun (Leo).

When Jupiter is in these friendly signs, he gets help from his friends and can bring you a wonderful husband.

The Mars signs of Scorpio and Aries produces a husband who is logical, disciplined, and able to create abundance in the quickest way (Jupiter/Mars combinations are especially wealth-producing).

Jupiter, in Leo, represents a husband who has a greater sense of purpose and consistency of fortune.

This Sun-ruled Jupiter is pure-hearted, noble, and intelligent. Being the wife of this kingly man makes the woman feel like a queen.

**Remember that this is general, other factors in the birth chart determine the husband too!

Venus and Mercury are great enemies to Jupiter. When Jupiter is in Taurus or Libra, Virgo or Gemini, he will struggle to bring you a man who can fulfill his responsibilities as a husband.

He may still be a good person and someone you enjoy being with on many levels, but he won’t do many of the things that a good husband would do.

What is a good husband?

A good husband is as involved in the relationship as you are. He thinks about what would be good for the relationship long-term, kicks your tires (takes care of the cars, etc.), and stands between you and the IRS (protects you).

You have to be more independent in marriage and do many of these things yourself when Jupiter is in the signs of his enemies.

When Jupiter is Very Weak

One woman with Jupiter in Capricorn had men suddenly disappear on her. Men just vanished from her life several times.

Everything would start tremendously and then weeks or months into the relationship, he would vanish never to be heard from again. 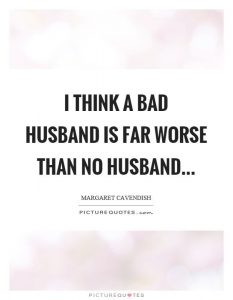 After years of this, she decided that she was happier not being in a relationship, and she decided to concentrate on raising her children. She is working on her happiness without a man.

Another woman with Jupiter in Capricorn would attract men with beautiful qualities, but he would also have a mental illness that made the relationship difficult, draining, or impossible.

Yet another woman wanted to know if she would attract a man who was right for her (she had a pattern of partners being cheaters, deadbeats, or con men).

She asked a Horary question about this, and the Horary clearly showed that she wouldn’t, at least not in her very next relationship.

Jupiter ‘Hampered’ by Other Planets

**Remember that this is general, other factors in the birth chart determine the husband too!

Jupiter can be in a good sign, but still have issues if he is with Rahu, Ketu, the Sun, or Saturn. When Jupiter is with Rahu, your husband/boyfriend could be someone raised in a culture different than yours.

Cultural differences are considered to be difficult because there are so many things you won’t have in common.

Daily life is full of encounters with your differences that you’ll have to work around and there are less shared cultural experiences and references. 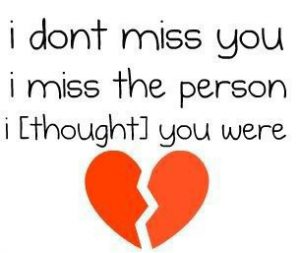 Also, when Rahu is with Jupiter, you will have trouble finding the right kind of man for you. You will be captivated by a man only to find out that it was all an illusion.

But, if Jupiter is in a good sign with Rahu, Jupiter ensures that you will figure out what you most need in a man after some disappointing experiences.

If Saturn is with Jupiter, then Jupiter is being ‘starved.’ Starvation means that your man has difficulty finding purpose, hope, and faith in the affairs of the house that Jupiter occupies.

He may be a religious fanatic or conversely, he won’t believe in anything and have a hard time finding meaning in his life.

Jupiter with Ketu can make you a spiritually oriented person, but it also means that you have ‘done’ Jupiter a lot in previous lifetimes. Meaning, having a husband is something you may be done with for this lifetime.

But, this is dependent on many other factors in the birth chart, too, so don’t take this as the final word!

When Jupiter is with the Sun, he is ‘combust’ (burned up). Jupiter combust the Sun means that your husband may feel like he can never live up to his potential or doesn’t deserve the good things in life.

He won’t be as able to naturally lean on the divine when he is in need.

What Can You Do to Strengthen Your Jupiter?

Of course, you can always do Jupiter mantras (Om Namah Shivaya). Jupiter rules all mantras because he rules sound.

Mantras in Sanskrit are sounds that vibrate at particular frequencies. These frequencies affect your chakras and your aura, influencing what (and who) you attract into your life.

If you don’t want to do mantras for whatever reason, you can increase the depth of your spiritual life. Focus on Jupiter for yourself, meaning, do what directly affects your level of faith, hope, joy, and happiness.

Spiritual practices such as meditation, prayer, reading books that uplift you and make you feel more connected to the divine. No matter how you understand the divine, even if you don’t have any particular belief in the divine.

Join a spiritual group of like-minded people because it keeps you inspired and consistent in your devotions (and increases your chances of meeting someone special!).

Practice increasing your faith in life by keeping a gratitude journal (Jupiter rules gratitude). This practice multiplies your blessings and attracts even more benefits.

Nothing lifts me out of a bad mood faster than doing this!

The deeper your spiritual life, the more happiness you will have, whether you have a good husband or not. A joyous, happy woman is incredibly attractive.

When a woman is happy and joyful, a good man will do anything he can to keep her that way and further add to her happiness.

Jupiter as Husband When You Are Gay or Lesbian

I’m offering a FREE Relationship Capacity Report and FREE Compatibility Report with the Ready-for-Love Consultation. Usually, they are $14.95 each, so you save $29.90.

Find out everything you need to know to make the most of your love life and attract your life partner (or husband) with the Ready-for-Love Consultation.

It is only $159 if you come to the consultation alone, and $209 if you come with your partner. You can be straight, gay, or lesbian; the stars work for everyone.

The reading is 90 minutes long, and you get a recording as well as the relationship reports mentioned above.